Sometimes we want to import lists like accounts, customers, or items into QuickBooks. Most often, this occurs when setting up a new QuickBooks file.

QuickBooks company files can become large over time, at some point requiring the creation of a new file. Importing lists makes this process much easier and less time consuming.

Within QuickBooks is the ability to export lists from one company file to another. The file type is IIF, which stands for Intuit Interchange Format.

To export the lists from a QuickBooks company file, navigate to File->Utilities->Export->Lists to IIF files. 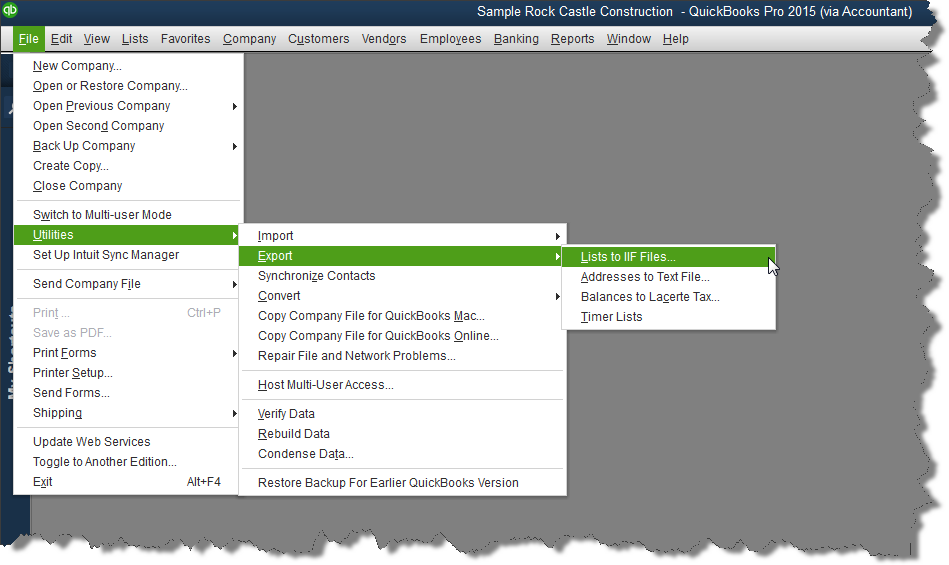 Choosing this option brings up a window allowing you to select the lists that should be exported for use in the new company file. 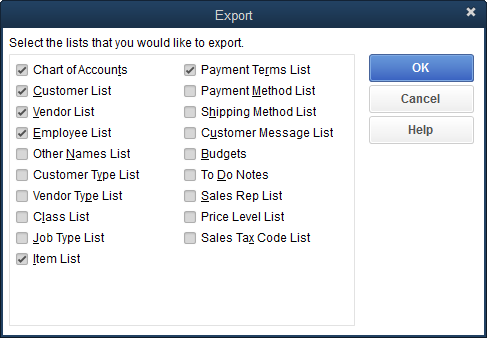 Only a few of the QuickBooks lists are selected in the above graphic. It would not be uncommon to select all the lists. Time should be taken however to think about which lists will truly be useful in the new QuickBooks file.

For instance, if this were a new company being added to someone who already had one business, would the item list from the first one be truly useful in the second?

Once the lists to be exported have been determined, select the OK button. QuickBooks will ask you to name the IIF file and select the place on your computer where it should be saved. Often, since this is only a temporary file, the desktop makes a fine temporary place.

The next step in to open the new QuickBooks company file. In this file, you will navigate to File->Utilities->Import->IIF Files. 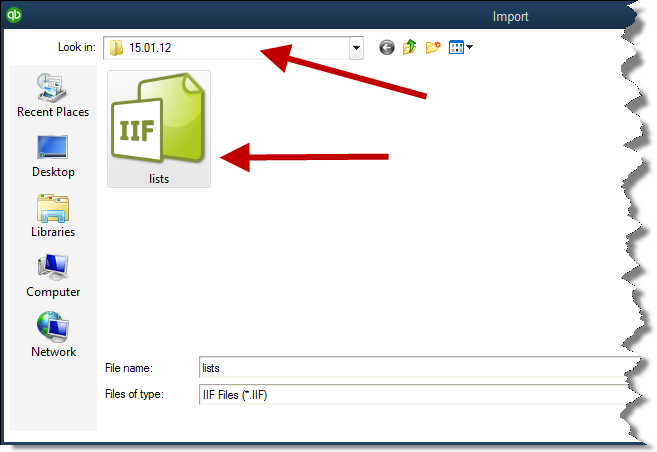 In the “Look in” field shown by the top arrow, tell QuickBooks where you saved the IIF file exported from the existing company QuickBooks file. Select the file (second arrow) so its name shows in the field “File name”.

Once the selection has been made, the Open button (not shown) can be selected and the IIF file will be imported into QuickBooks.

It takes only seconds. Once complete, check the chart of accounts, customer list, or any other list you may have selected for import. You should find the familiar names there in the new QuickBooks company file.