We started talking about some of the advantages of accounts payable for certain QuickBooks Online (QBO) companies and we want to finish up strong on that topic.

Using the sample QBO file, Craig’s Design and Landscaping Services, we created a scenario where Craig completed an $8500 dollar job in the month of January. The suppliers used on the job extend thirty day terms to Craig. He paid them in February.

This created the situation where the revenue for the job showed in one month, the expenses in another. A mismatch that really distorted his profit and loss for the months affected.

Craig fixed that, with the advice of his accountant, by creating bills in QBO, and dating them in the month the work was done, even though he wouldn’t pay them until a future date arrived.

That day has arrived. It’s time for Craig to pay his suppliers. 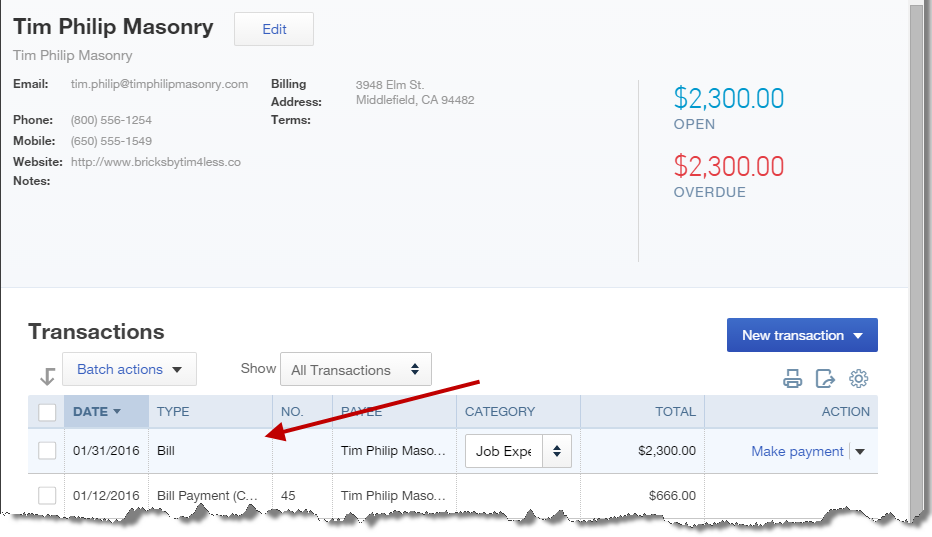 One of those suppliers was the vendor, Tim Philip Masonry. Tim’s labor on the job cost Craig $2300. You can see that in the first bill listed in the transaction list for Tim Philip.

Note that the link in the Action column displays the command, Make payment. We’ll click that. 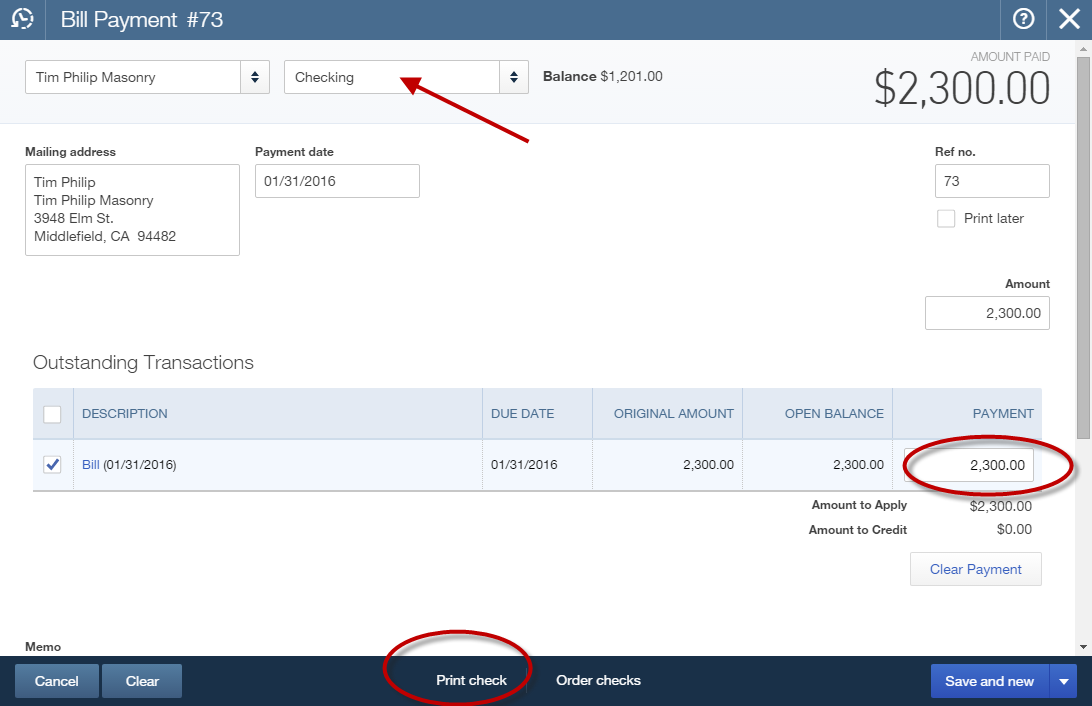 Above is the window that opens, allowing you to pay the bill. Note the arrow in the top part of the window. You can select the account from which to pay. You may have more than one bank account. You can even choose to pay by credit card as those accounts are listed in the dropdown associated with this field as well.

QBO assumes you want to pay the entire amount of the bill, in this case, $2300. You could change this number though and make a partial payment.

The last circled area highlights the command to print an actual check for payment.

An important thing to remember, as discussed in the previous post, this action will not create an expense. The expense was created when the bill was first entered and saved. This transaction, the payment of the bill, merely pays a debt owed to the vendor. It will not have an effect on the profit and loss report.

What this transaction does is lower the bank balance and lower the Accounts Payable balance. You will have less cash. You will owe less money to vendors.

The balance in accounts payable before this bill was paid was 5552.67. Once the bill payment is saved, that balance will go down by $2300. 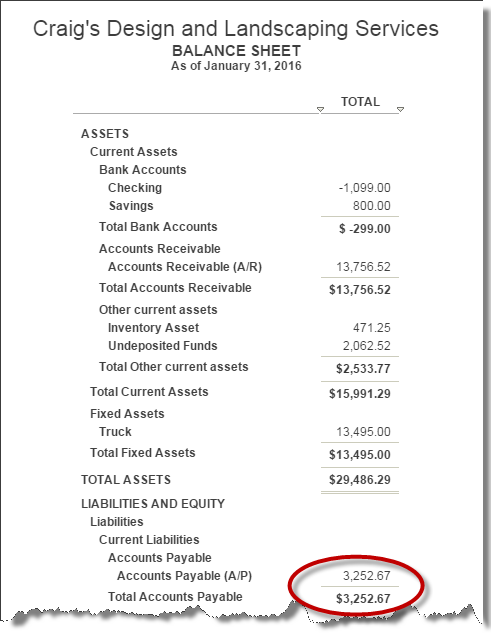