QuickBooks Pro and Premier Improvements for 2015

QuickBooks 2015 will be on store shelves soon. There is no big feature addition this year that everyone in the QuickBooks community will be talking about.

Rather, there are a number of improvements working to make QuickBooks even more user-friendly. Many, if not all, of these improvements have been suggestions from QuickBooks users, waiting to be developed and find their way into the product.

The addition of a Notes tab to the Customer, Vendor, and Employee Centers was an improvement we got with the 2013 edition. Only one note field had existed before. To add additional notes, one had to just keep adding additional information to the same note.

The drawback to the Notes tab was that note information did not show prominently in the Center. One had to specifically access the Notes tab to find it.

With 2015, the user can specify a Pinned note. That is, any one of the notes for an existing customer, vendor, or employee can be specified to be the one that will show prominently in the Center without having to access the Notes tab. 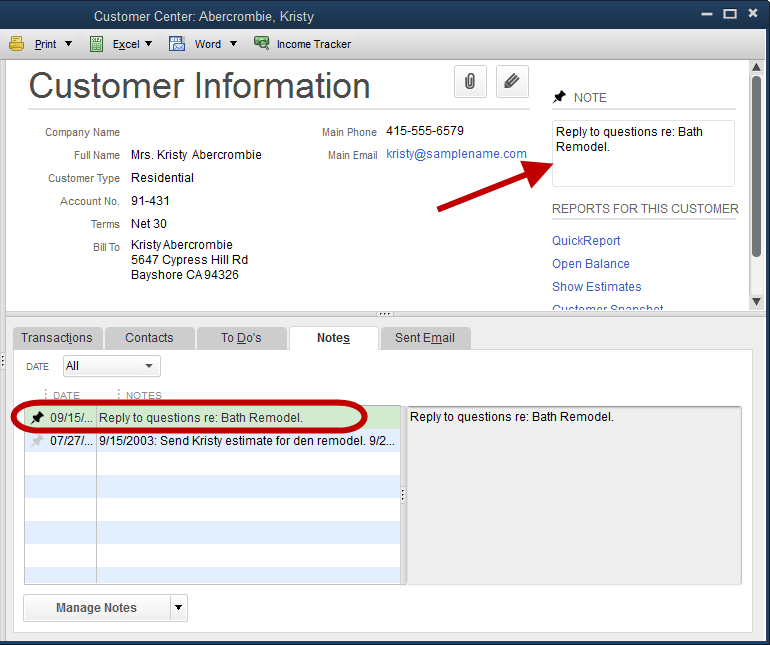 Those who use billable time and costs in QuickBooks received another helpful addition this year. In 2014, Intuit added the ability to sort the columns in the Choose Billable Time and Costs window. That was a very significant improvement.

In the 2015 version, the tabs in the window have been flagged to show if and how many entries are on each one.

This should help prevent accidentally failing to invoice some of the costs that have been incurred for customers.

Manufacturer part number has been a field in the setup window for inventory and non-inventory type items for several years. The data users would put into this field was not available on custom invoice and other sales form templates before. Now it is with QuickBooks 2015.

Making an inventory item inactive while it still has a quantity on hand causes discrepancies in the reports in QuickBooks. Inventory reports will show on set of values while financial reports will show different amounts.

There is a new warning message if a QuickBooks user attempts to do this.

Estimates are now closed once they have been completely invoiced. 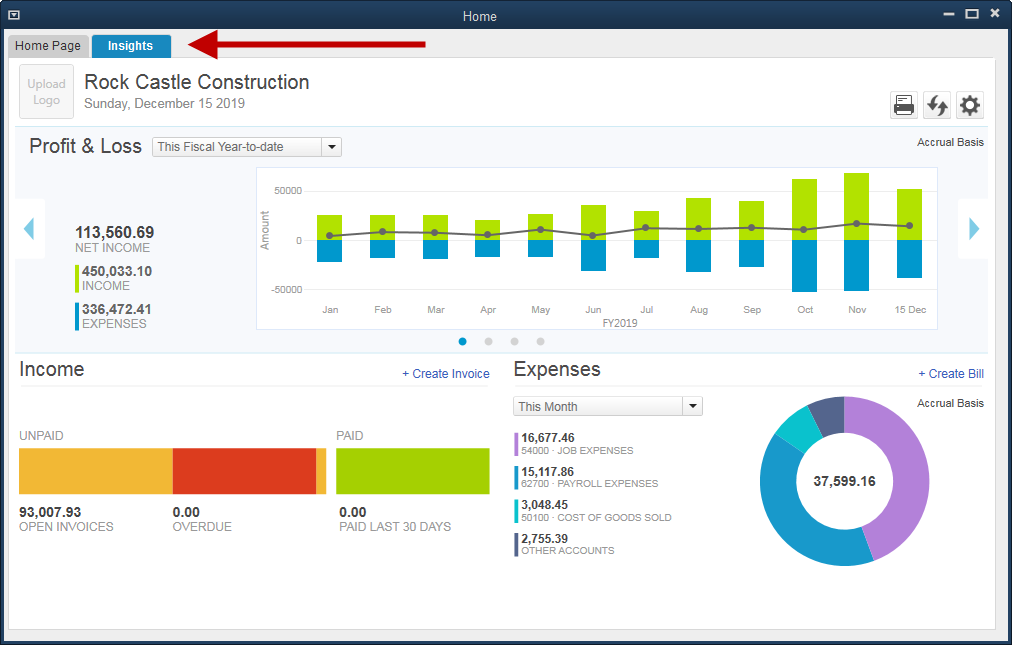 Insights is a customizable window that graphically shows some of the key aspects of the performance of the company’s data. It is meant to give a busy small business owner a quick glance at the important numbers that need to be monitored.

It has been added as a tab to the Home Page.

The Reminders window has been updated with a new look and some improvements.

For Premier users, the window to create an invoice from a sales order has been improved to streamline that process a little.

There are other improvements meant to make QuickBooks more efficient and easier to use. These are the ones most likely to affect the most users.

There are quite a few improvements to reports. More than there is space left in this post. Next time, we will focus on the report changes in QuickBooks 2015.

For now you can watch this 20 minute video on all QuickBooks 2015 improvements: