Home » The Other Side of Multicurrency in QBO

The Other Side of Multicurrency in QBO

We have reviewed the multicurrency function in QBO pretty thoroughly from the customer side. We’ve setup a multicurrency customer, created an invoice, and received payment on that invoice.

There’s more to multicurrency though. What if we purchase things in a different currency?

Purchases require vendors. So let’s review the process and setup a multicurrency vendor. 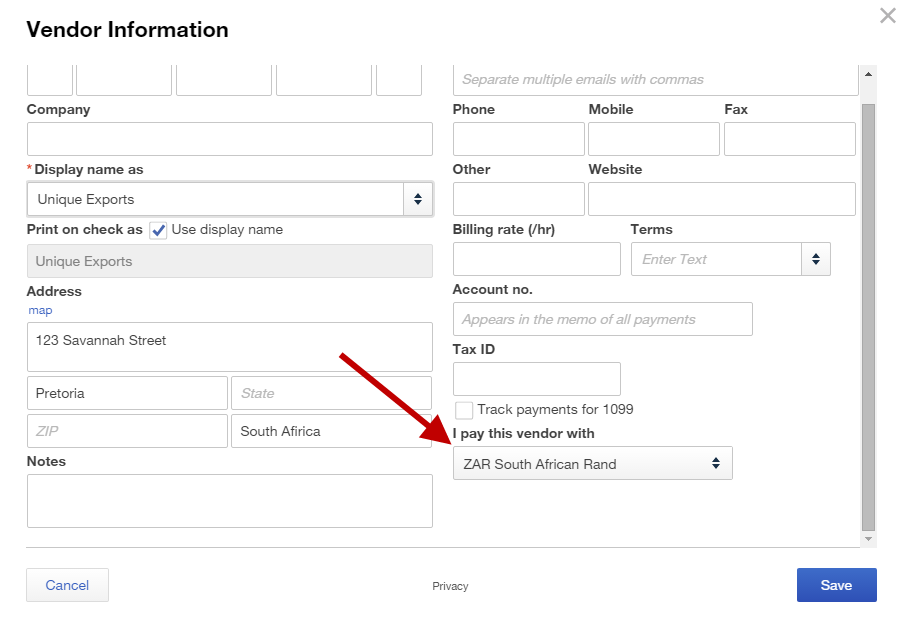 Above is the screenshot of the setup window for a new vendor. The one unique thing about this vendor is that it uses a foreign currency. In this case, we are importing goods from South Africa. 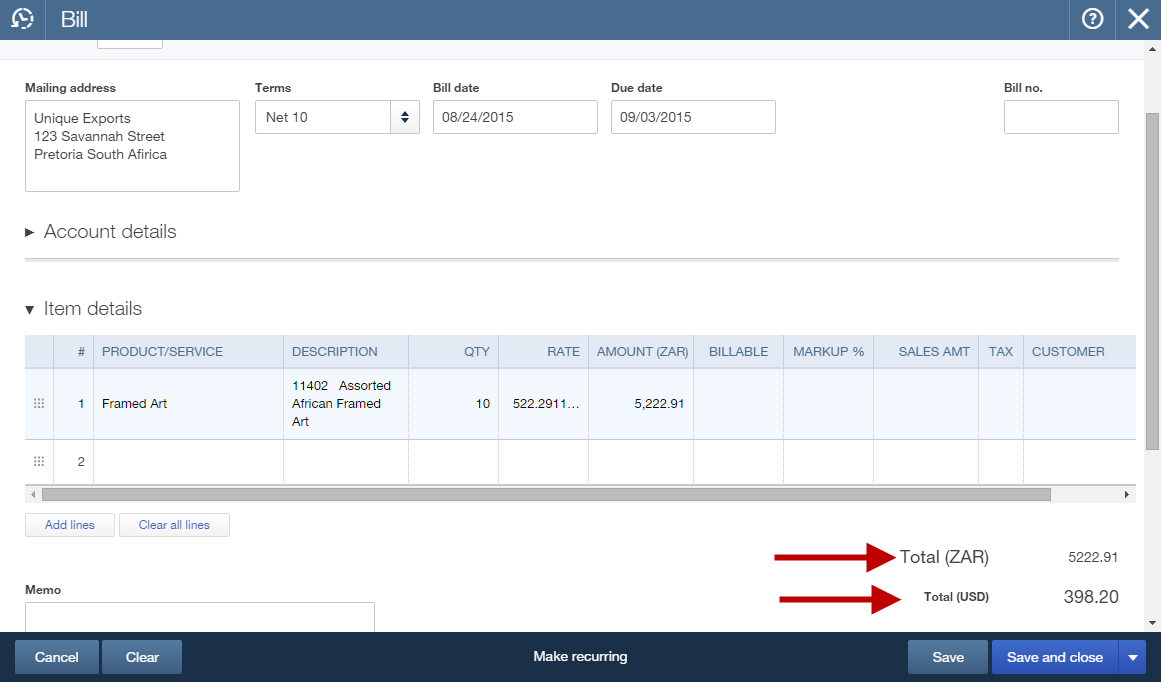 The screenshot is of a bill from our multicurrency vendor. We are importing some framed art from South Africa.

Since Unique Exports conducts business in the South African Rand (ZAR), that’s the currency in which the bill appears. 5222.91 ZAR. 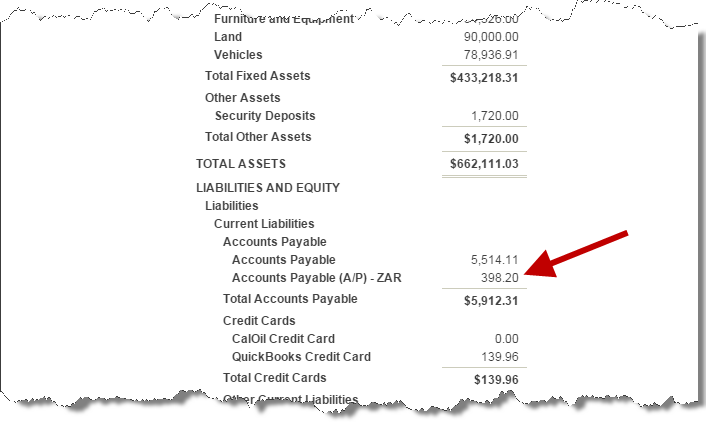 When we created a multicurrency customer and an invoice for that customer, QBO created a special accounts receivable account just for that currency’s transactions.

The same holds true for vendors. When we create and use vendors with a different currency, QBO creates their own accounts payable account.

So we have a vendor, uniquely setup to use the South African Rand (ZAR) as the currency with which they are paid.

We have a special accounts payable account in QBO to maintain the amounts that we owe them. On most of our QBO reports though, the balance in this account will appear in dollars. Note the screenshot where the balance is $398.20, not R5222.91.

Again, currencies fluctuate in value against each other. So, when we received payment for an invoice in Euros, even though the Euro amount remained the same, the dollar amount of the invoice had changed.

Now, when it comes time to pay the bill, the dollar amount may be different than when we first entered the bill. 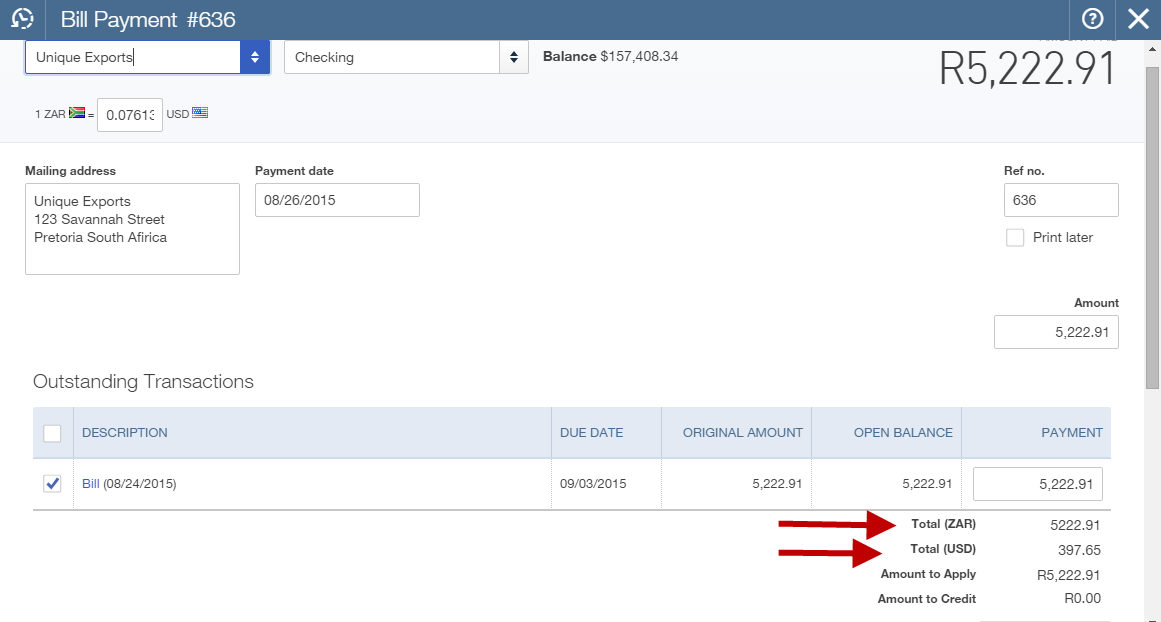 In dollars then, we will pay 55 cents less than we originally planned. Once the bill is paid, we can find that difference on a profit and loss report in the Exchange Gain or Loss account.

It’s that difference, which QBO computes and posts to the Exchange Gain or Loss account, that allows us to create the bill at 398.20, but pay it with 397.65.